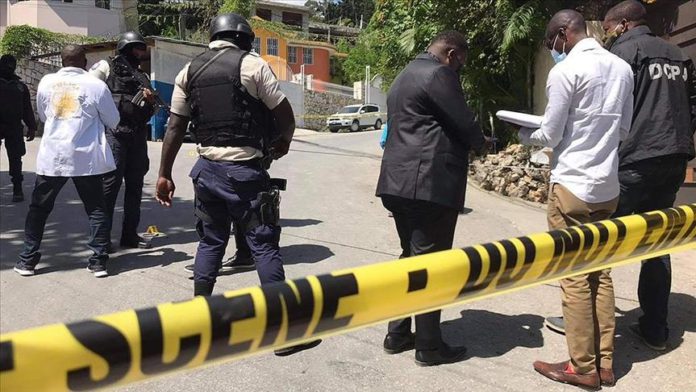 The US announced on Monday it sent a team of top officials to Haiti after officials there requested American forces be sent to the Caribbean nation to help stabilize the country after its president was assassinated.

The interagency delegation consisted of representatives from the Department of Justice, Department of Homeland Security, Department of State, and National Security Council, council spokeswoman Emily Horne said in a statement.

The national police are leading the investigation into the July 7 killing of former Haitian President Jovenel Moise.

The meetings with Joseph, Henry, and Senate President Joseph Lambert, were intended “to encourage open and constructive dialogue to reach a political accord that can enable the country to hold free and fair elections,” Horne said.

“In all their meetings the delegation committed to supporting the Haitian government as it seeks justice in this case and affirmed the United States’ support for the people of Haiti in this challenging time,” she added.

Moise’s assassination has led to a critical power vacuum in Haiti as officials scramble to form a plan of succession amid simmering civil unrest and gang violence.

Haitian police have arrested at least 19 suspects, including 17 Colombians and two Haitian Americans, in relation to Moise’s assassination.

Moise, 53, took office in 2017 after a contested election. After he failed to hold legislative elections, the opposition demanded that he step down.