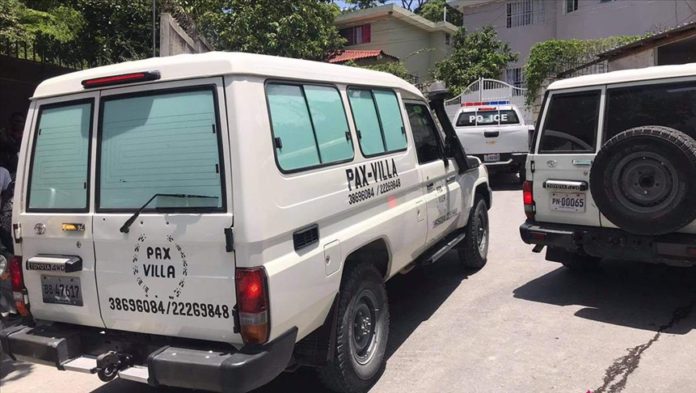 The US said Friday that it is dispatching senior FBI and Department of Homeland Security officials “as soon as possible” to help quell unrest in Haiti after the assassination of President Jovenel Moise earlier this week.

“The United States remains engaged and in close consultations with our Haitian and international partners to support the Haitian people in the aftermath of the assassination of the President,” she said.

Haiti has been thrown into turmoil since the assassination. A shootout Wednesday with police left four suspects dead and 17 under arrest. They were seen in pictures on the ground with their hands tied behind their backs.

Outside Moise’s private residence, where he was killed, there are images of burned vehicles.

The government is blaming “professional killers,” including two Americans who are under arrest, but the motive is unclear.

Psaki said that even before the assassination, the US in January announced more than $75 million in aid to Haiti to assist with maintaining democratic elections, education, agriculture and health care.

Haiti is also behind on coronavirus vaccinations and it is believed that no doses have been distributed.

Psaki said the US will deliver vaccines to Haiti as early as next week, depending on security at the airport.