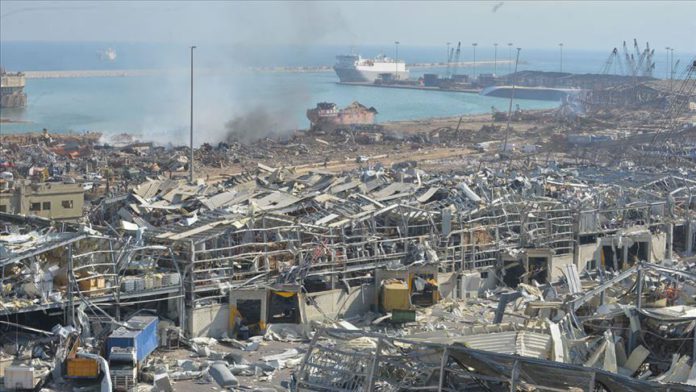 The US is sending three C-130 cargo planes to Lebanon with aid meant to help that country recover from a devastating blast in Beirut, Central Command announced Thursday.

“Gen. McKenzie expressed U.S. willingness to continue to work with the Lebanese Armed Forces to help provide aid and assistance to meet the needs of the Lebanese people during this terrible tragedy,” Capt. Bill Urban said in a statement.

McKenzie also “expressed a desire to continue to partner with the Lebanese Armed Forces, the U.S. Embassy in Beirut, and USAID to identify and expedite support for Lebanon’s recovery effort,” said Urban.

Both generals vowed to remain in close contact as Lebanon recovers from the blast.

Lebanese officials say a fire at a warehouse at the Port of Beirut led to the massive blast Tuesday after it ignited a stock of ammonium nitrate that was confiscated, killing at least 135 people, injuring nearly 5,000 and causing massive property damage in the capital.

The blast rocked Lebanon while the country is in the midst of its worst economic crisis in history, including a precipitous decline in the value of the pound against the dollar.

US President Donald Trump originally claimed the blast was an attack, but walked back his assertion after Defense Secretary Mark Esper said “most believe” the explosion “was an accident.”