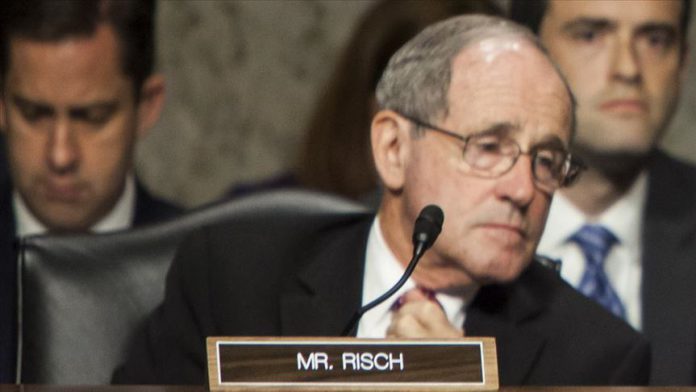 “Probably, it’s best we don’t pass a sanctions bill at this moment,” Risch told reporters Thursday in his office, referring to the negotiations between the U.S. and Turkey on procurement of Russian S-400 missile system.

Risch attended Wednesday’s meeting between U.S. President Donald Trump and Turkey’s President Recep Tayyip Erdogan in the Oval Office along with some other Republican senators.

He called the meeting “very therapeutic”.

A range of topics were discussed, including Ankara’s acquisition of the Russian S-400, the F-35 joint strike fighter, bilateral

Read more: US senator wants to hold off sanctions bill on Turkey