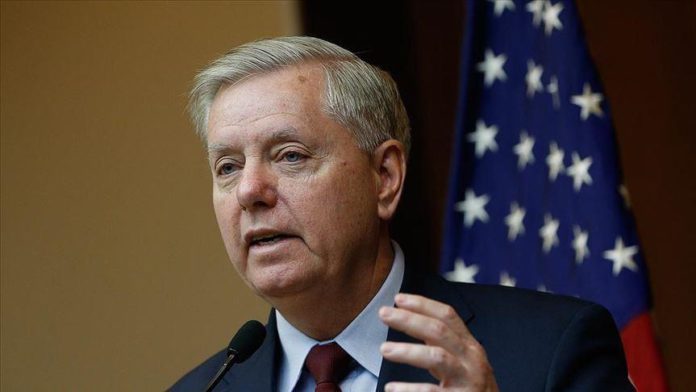 Amid growing calls from Democratic lawmakers to invoke the 25th Amendment of the US Constitution to oust President Donald Trump, a senior Republican senator said such a move would be inappropriate.

“As to the 25th Amendment being invoked, I do not believe that’s appropriate at this point,” Lindsey Graham said at a news conference. “I am looking for a peaceful transfer of power.”

Graham said he talked to Mark Meadows, Trump’s chief of staff, earlier Thursday and the transition is “going well and is fully in place.”

The remarks were made shortly after House of Representatives Speaker Nancy Pelosi joined a chorus of Democratic lawmakers who demanded Trump’s removal from office after violent protests.

Pelosi, a Democrat from the state of California, said Trump committed “unspeakable assault” against the US, and said Vice President Mike Pence should act to invoke the amendment.

“If the vice president and the Cabinet do not act, the Congress may be prepared to move forward with impeachment,” she told reporters.

Seventeen Democrats in the House sent a letter Wednesday to Pence asking for Trump to be removed from office.

Led by David Cicilline from the state of Rhode Island and Ted Lieu of California, the group said Trump has shown he is unwilling to protect democracy and carry out the duties of the presidential office.

Hundreds of pro-Trump protestors stormed the US Capitol building and ensuing violence resulted in the deaths of four people.

More than 50 people have been arrested, and dozens of injuries were reported.