TurkishPress
Home Americas US & Canada US Senate will not pass Armenia resolution: Erdogan 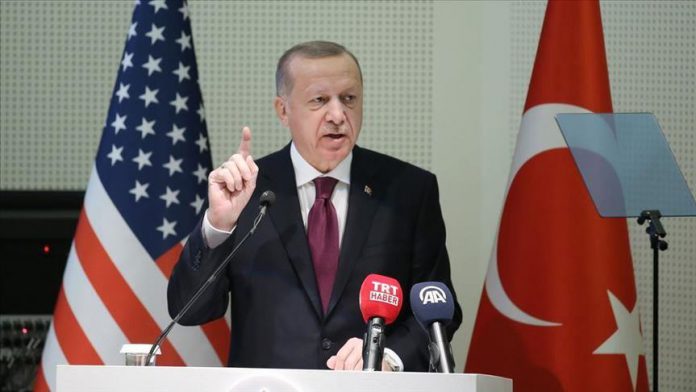 Turkish President Recep Tayyip Erdogan said Wednesday he believed the U.S. Senate would not pass a resolution to recognize the so-called Armenian genocide.

“I believe the Senate will act prudently and will not repeat the mistake the House of Representatives made,” Erdogan said in his address at the Diyanet Center of America in Maryland.

On Oct. 29, the anniversary of the Turkish Republic, the House voted 405-11 in favor of the resolution to recognize alleged killings of Armenians under the Ottoman Empire in 1915. The resolution is not legally binding.

Erdogan reiterated his call for historians to investigate the issue.

Read more: US Senate will not pass Armenia resolution: Erdogan