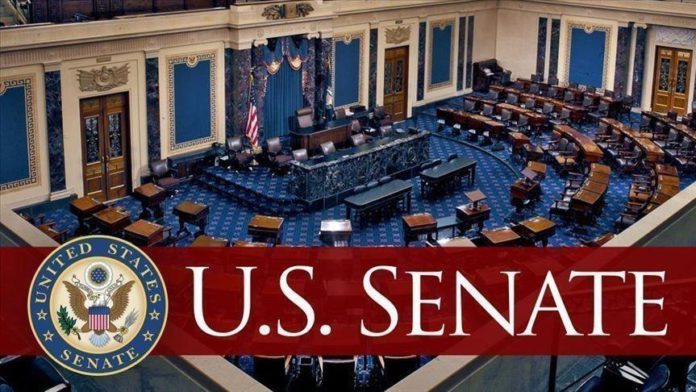 The US Senate began Friday debate on an omnibus $1.9 trillion COVID relief package ahead of what is set to be a chaotic round of back-to-back votes.

The debate will run until noon when Senators will then be able to offer amendments to the massive spending bill in what is being described as a marathon “vote-a-rama” that could delay a final vote on the package by hours or days.

While the bill is near certain to eventually clear the chamber, possibly on Saturday, it is unclear when that will happen because of the procedural format despised by Republican and Democratic lawmakers alike.

Senate Majority Leader Chuck Schumer vowed on the chamber floor to “power through and finish this bill, however long it takes.”

Friday’s session comes after Senator Ron Johnson forced the massive 628-page bill to be read aloud in the chamber by clerks Thursday night, cutting in to debate time as the spectacle extended into early Friday morning.

That resulted in what was to be 20 hours of the debate being cut to just three ahead of the expected litany of roll call votes. The highest number of votes on record during a “vote-a-rama” is the 44 taken in 2008.

The first amendment that is expected to come up for a vote is from Senate Budget Committee Chairman Bernie Sanders, who is proposing an amendment to increase the federal minimum wage from what he said is a “starvation wage of $7.25” to $15 an hour, which would be phased in over five years.

“The Congress has not raised the minimum wage since 2007, and the result of that is that half of our people are now living paycheck-to-paycheck, and many, in fact, are working for wages that are much too low in order to take care of their families,” he said.

Under procedural rules, Sanders’ amendment requires 60 votes to be tacked on to the relief bill, and it is widely expected to fall short with widespread Republican opposition in the evenly split 100-member chamber.

Hundreds of other amendments could be introduced, though only dozens are expected to receive votes.

The House last weekend passed its version of the spending bill, which includes $1400 stimulus checks to most Americans, unemployment support of $400 per week through Aug. 29, and an expansion of the child tax credit for families up to $3,600 per child.