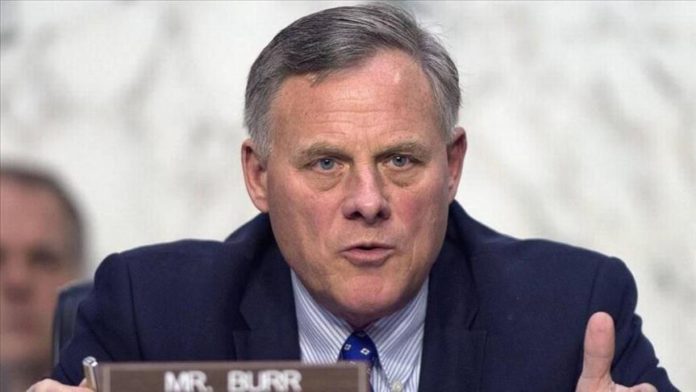 Republican Senator Richard Burr is stepping down from his chairmanship of the influential Intelligence Committee because of an FBI probe into insider trading allegations, Senate Majority Leader Mitch McConnell said Thursday.

McConnell announced Burr’s decision and said he and the senator from North Carolina “agreed that this decision would be in the best interests of the committee.”

It will be effective at the end of the day Friday, McConnell said.

The FBI reportedly arrived at Burr’s home Wednesday to serve a search warrant for the senator’s cellphone as part of their investigation into his sale of hundreds of thousands of dollars in stocks ahead of the market crash caused by the coronavirus pandemic.

As the Intelligence Committee chairman, Burr had access to at least two briefings as the coronavirus pandemic was playing out globally.

Burr made dozens of stock trades worth between $628,000 and $1.7 million on Feb. 13, according to CNN, which said it represented “a significant portion of his stock portfolio.”

The market crashed in late February and continued to slide through mid-March before posting gains.

Burr surrendered the telephone, reports said. He has denied wrongdoing, and acknowledged the trades but said they were based on publicly-available knowledge.

The Los Angeles Times was first to report the search warrant.