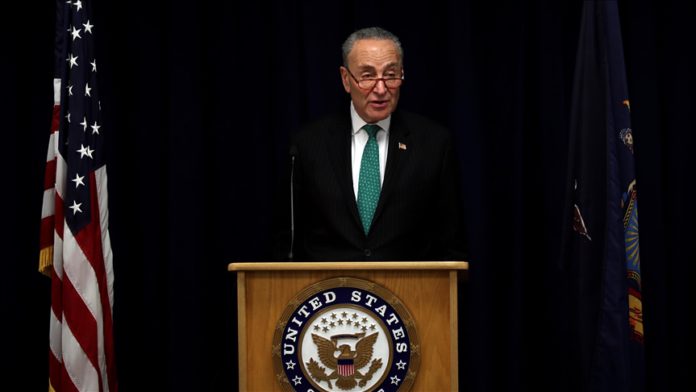 The US Senate began Tuesday former US President Donald Trump’s second impeachment trial with the former leader all but certain to ultimately be acquitted.

Opening arguments, in which both sides will be allotted 16 hours, will begin Wednesday with Tuesday’s session set to focus on debate on whether it is constitutional for an impeached former president to face Senate trial, followed by a vote.

Trump is facing single article of impeachment on allegations that he incited the fatal Jan. 6 assault on the US Capitol in which five people were killed, including a law enforcement officer. The historic proceedings mark the first time in US history that an American president has faced impeachment proceedings twice.

Ahead of the trial’s commencement, Senate Majority Leader Chuck Schumer said the evidence against Trump that will be presented by the House of Representatives’ impeachment managers will be “powerful,” adding that “some of it will be new.”

“I urge all my colleagues to pay careful attention to the evidence,” the top Senate Democrat said at the Capitol. “Every Senator, Democrat and Republican, has to approach this trial with the gravity it deserves.”

Short of damning revelations coming to light during the proceedings, it is near certain that the necessary two-thirds majority will not agree to convict the former president. The chamber is split 50-50 along party lines, meaning 17 Republicans would have to join ranks with Democrats for Trump’s conviction.

The charge against the former president stems from comments Trump made to supporters shortly before they assaulted the US Capitol. Trump told them to “fight like hell” as lawmakers prepared to carry out a constitutionally-mandated count of Electoral College votes that was a key step to US President Joe Biden’s inauguration.

Trump has repeatedly alleged that the election was “stolen” from him, but he has not offered any proof to back his claims, and a Justice Department probe of voter fraud failed to develop any evidence that would have supported the notion. He was also dealt repeated legal defeats in court, including by the Supreme Court.

Trump’s legal team argued that his comments are protected free speech under the US Constitution’s First Amendment, which the House managers rejected, saying “this is not a case about ‘protected speech.'”

“President Trump’s incitement of insurrection was itself a frontal assault on the First Amendment. As a matter of law and logic—not to mention simple common sense—his attempted reliance on free speech principles is utterly baseless,” they wrote.