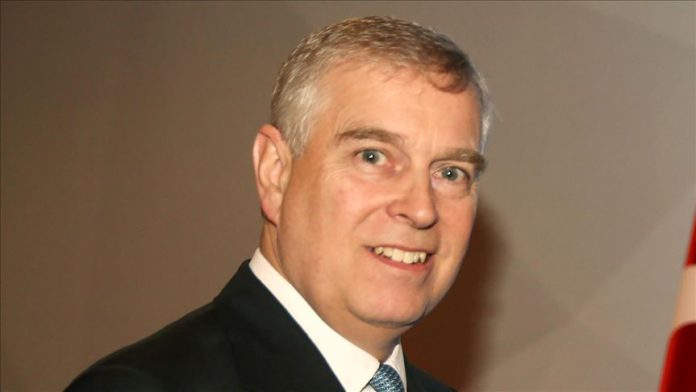 US federal prosecutors have made a formal request to interview Britain’s Prince Andrew in relation to their ongoing investigation into Jeffrey Epstein’s history of sexual abuse.

The request was made directly to the British government through the countries’ Mutual Legal Assistance Treaty (MLAT), NBC News reported Sunday, describing the request as similar to a subpoena for the royal’s testimony.

The Department of Justice did not immediately return a request for comment from Anadolu Agency.

Prince Andrew was a long-time friend of Epstein, 66, who died in his New York jail cell in August while awaiting trial on sex crimes charges.

The disgraced financier was accused of exploiting underage girls in an elaborate sex trafficking scheme that crossed state lines.

Andrew stepped away from his royal duties following an interview with the BBC in November that drew widespread criticism. In it, Andrew denied having sexual relations with Virginia Roberts Giuffre, a woman who says Epstein trafficked her in 2001 when she was 17 and forced her to have sex with Andrew.

US Attorney for the Southern District of New York Geoffrey Berman said in March that Andrew was being uncooperative in their ongoing investigation.

“Contrary to Prince Andrew’s very public offer to cooperate with our investigation into Epstein’s co-conspirators, an offer that was conveyed via press release, Prince Andrew has now completely shut the door on voluntary cooperation,” Berman said at an unrelated press conference.

Berman’s office declined to comment on the MLAT request when contacted by NBC News.

Attorneys for Prince Andrew maintain their client offered help in Berman’s investigation at least three times, according to Sky News.