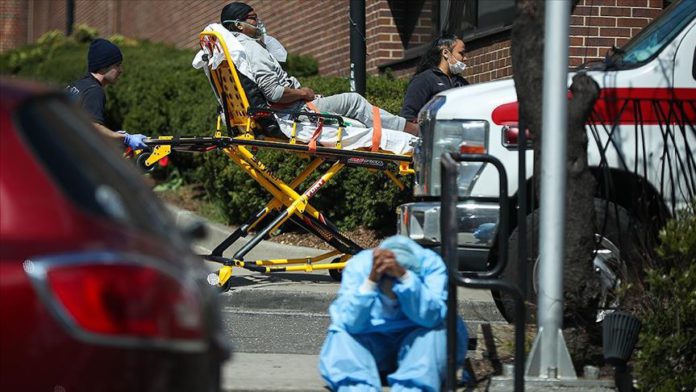 The US is seeing a “disturbing surge” in coronavirus infections, the nation’s top infection expert said Tuesday, as more people continue to contract the virus.

Antony Fauci, director of the National Institute of Allergy and Infectious Diseases, told the House Energy and Commerce Committee the situation in the US is a “mixed bag” because the country is “very large” and “heterogeneous.”

He said there are major differences between the New York City metropolitan area and Casper, Wyoming, but “it’s clear, we’ve been hit badly.”

The nation has done “very well” in some respects, he said, referring to New York state.

“However, in other areas of the country, we are now seeing a disturbing surge of infections that looks like it’s a combination, but one of the things is an increase in community spread. And that’s something I’m really quite concerned about,” said Fauci.

Cases in New York state, which has been the hardest hit by the virus since early March, continue to decrease whereas other states are seeing a rise in cases after a gradual reopening across the country.

“Right now, the next couple of weeks are going to be critical in our ability to address those surgings that we’re seeing in Florida, in Texas, in Arizona, and in other states,” said Fauci.

According to a running tally by John Hopkins University, the US has more than 2.3 million infections and more than 120,000 deaths.

Earlier in the day, US President Donald Trump said increasing numbers were a result of more testing, which he touted the country as leading the world.

“Cases are going up in the U.S. because we are testing far more than any other country, and ever expanding. With smaller testing we would show fewer cases!” he tweeted.