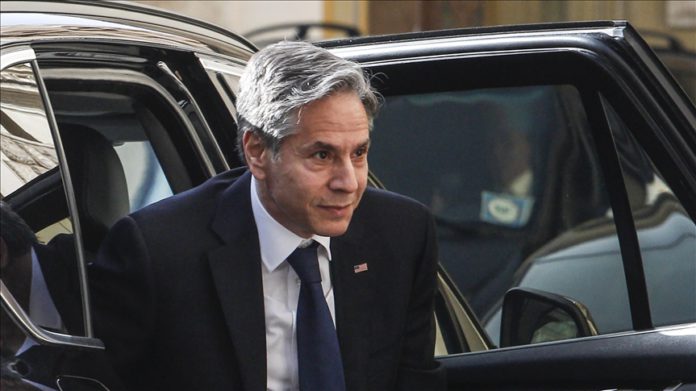 US Secretary of State Antony Blinken held high-level meetings Monday in the Italian capital Rome, where he is on an official visit.

Drawing attention to the growing threat of Daesh/ISIS in Africa, Di Maio said he had proposed the establishment of an international working group to identify and halt the threat connected with the terrorist group in the continent.

Blinken, for his part, said the US would strongly support such an initiative.

He was then received by Italian Prime Minister Mario Draghi.

According to a statement by the Prime Minister’s Office, bilateral and transatlantic relations were discussed at the meeting.

Blinken and Draghi also addressed other major global and regional issues, including social-economic convergence in the post-pandemic era, climate change, Libya and the latest developments in the Mediterranean.

On the margins of a ministerial meeting of the Global Coalition to Defeat Daesh/ISIS, Blinken also met with Moroccan Foreign Minister Nasser Bourita.​​​​​​​

Their talks focused on developments in bilateral relations and regional issues, including the situation in Libya and the Middle East, the Moroccan Foreign Ministry said in a statement.