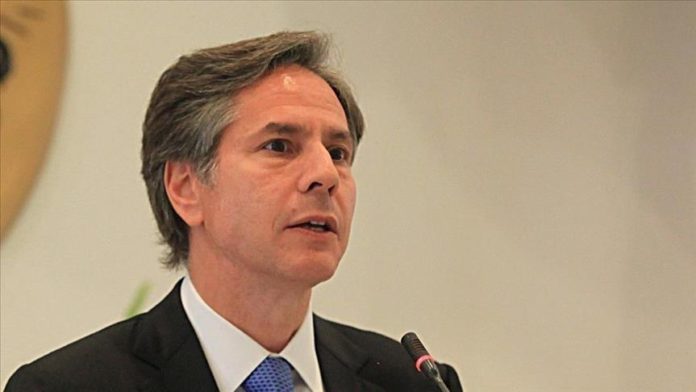 US Secretary of State Antony Blinken Wednesday congratulated President Joe Biden’s nominee for ambassador to the UN on her confirmation by the Senate.

“Congratulations to @USUN Ambassador Linda Thomas-Greenfield on your confirmation. I look forward to working with you in serving the American people and their interests,” Blinken wrote on Twitter.

By a 78-20 vote, the Senate on Tuesday confirmed Linda Thomas-Greenfield to be US ambassador to the UN.

After her swearing-in, she will travel to New York to present her credentials to UN Secretary-General Antonio Guterres on Thursday.

Thomas-Greenfield’s confirmation comes less than a week before the US’ presidency at the UN Security Council starts for the month of March.

Speaking to the Senate Foreign Relations Committee on Jan. 27, she said she would focus on restoring American leadership at the UN.

“We know China is working across the UN system to drive an authoritarian agenda that stands in opposition to the founding values of the institution – American values,” she said.

“Their success depends on our continued withdrawal. That will not happen on my watch,” she pledged.

Decrying the absence of US leadership under former President Donald Trump, she said: “When America shows up, when we are consistent and persistent, when we exert our influence in accordance with our values, the United Nations can be an indispensable institution for advancing peace, security, and our collective well-being.”

Trump and his appointees derided and scorned the UN and other international institutions.

Thomas-Greenfield, 68, served as a foreign service officer in many US administrations dating back to late President Ronald Reagan. She was an ambassador to Liberia in 2008-2012, and assistant secretary of state for African affairs in 2013-2017.

India: Fire breaks out at commercial complex in Kolkata