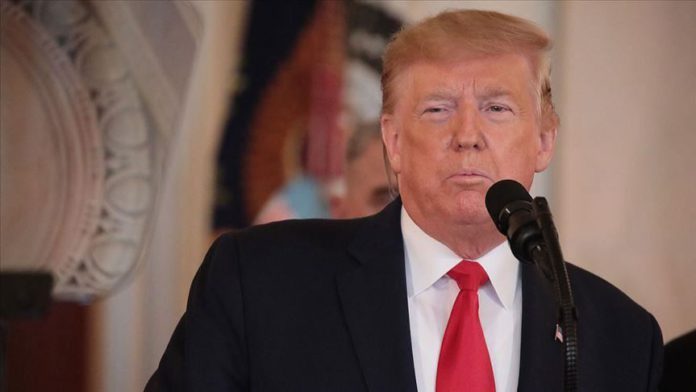 A senior US government scientist has filed a whistleblower complaint against the Trump administration for “ignoring coronavirus warnings” and for his removal from his post due to his “objection at a virus treatment”.

“I was pressured to let politics and cronyism drive decisions over the opinions of the best scientists we have in government,” Dr. Rick Bright, the former director of the Biomedical Advanced Research and Development Authority, said Tuesday in a call with reporters after filing his complaint, CNN reported.

Bright stressed that although some officials shared his concerns about the pandemic, including top White House trade adviser Peter Navarro, there was “an overall lack of an action at the top of the administration” when the pandemic was spreading outside of China.

Bright said in the complaint he voiced his concerns on coronavirus preparedness of the US multiple times starting in January but was met with “indifference which then developed into hostility” by leaders of the Health and Human Services Department (HHS).

He also claimed he was reassigned to a lesser role because he pushed back on HHS’ plan to allow widespread use of some drugs, including hydroxychloroquine.

Hydroxychloroquine is an anti-malarial drug currently studied by experts as a potential treatment of COVID-19 and touted as useful by US President Donald Trump.

“His [Trump’s] efforts to prioritize science and safety over political expediency and to expose practices that posed a substantial risk to public health and safety, especially as it applied to chloroquine and hydroxychloroquine, rankled those in the Administration who wished to continue to push this false narrative,” the complaint said.

HSS said, however, that Bright was transferred to the National Institutes of Health to work on “diagnostics testing — critical to combatting COVID-19 — where he has been entrusted to spend upwards of $1 billion to advance that effort.”

“We are deeply disappointed that he has not shown up to work on behalf of the American people and lead on this critical endeavor,” spokeswoman Caitlin Oakley added.

But Bright’s side immediately denied the HHS statement.

“Dr. Bright has not been given any details about his new assignment or what his new job would entail; nonetheless, under his doctor’s direction, he has been on sick leave due to hypertension caused by this current situation,” Kendra Barkoff Lamy, Bright’s spokeswoman, tweeted.

The US is the country hardest-hit by the global pandemic with over 1.2 million confirmed cases and more than 71,000 fatalities, according to a running tally of Maryland-based Johns Hopkins University.