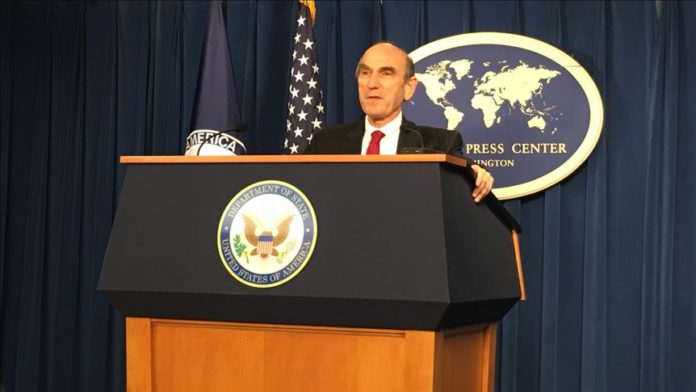 The US warns that any delivery of Iranian long-range missiles to Venezuela will be destroyed, a senior State Department official said Monday.

Although there is no certain information about an agreed delivery, Abrams claimed that Tehran and Caracas will likely sit for an arms deal.

“Iran has announced its intention to engage in arms sales, and Venezuela is an obvious target because those two pariah regimes already have a relationship,” he said.

“Venezuela is paying in gold to buy gasoline from Iran, and there is an Iranian presence in the country. Venezuela’s economy has collapsed, so every bar of gold for Iran is tens of thousands of dollars the Venezuelan people need for food and medicine,” Abrams added.

Despite objections of the US, a decade-long UN arms embargo on Iran expired last week, enabling the country to do export and import weapons.

“Iran has shipped missiles to the Houthis, so we know they are ready, willing, and able to ship them to Venezuela and other possible buyers,” he said.

Abrams warned that every delivery of Iranian arms destabilizes South America and the Caribbean, and is “especially dangerous to Venezuela’s neighbors in Brazil, Colombia, and Guyana.”