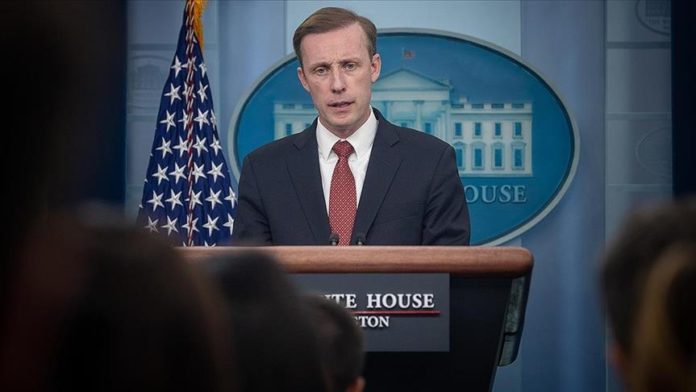 US President Joe Biden’s security adviser said Thursday that Turkiye’s concerns regarding Sweden and Finland’s entry into NATO can be resolved.

“We believe that the Turkish concerns about the accession of Sweden and Finland — they’ve been expressed by President (Recep Tayyip) Erdogan and others — can be addressed and can be resolved,” Jake Sullivan told reporters as Biden was departing for South Korea and Japan.

Biden hosted Sweden’s Prime Minister Magdalena Andersson and Finland’s President Sauli Niinistö at the White House earlier in the day and Sullivan said “they’re both intending to speak directly” to the Turkish president and his team.

“We’ve indicated if there’s anything we can do to be supportive, we will do it, but fundamentally this is an issue about concerns that Turkiye has raised,” said Sullivan, adding those would be on Finland and Sweden.

The two Nordic countries formally applied to join NATO on Wednesday — a decision spurred by Russia’s war on Ukraine, which began in February. But Turkiye, a longstanding member of the alliance, has voiced objections to the membership bids, criticizing the countries for tolerating and even supporting terrorist groups.