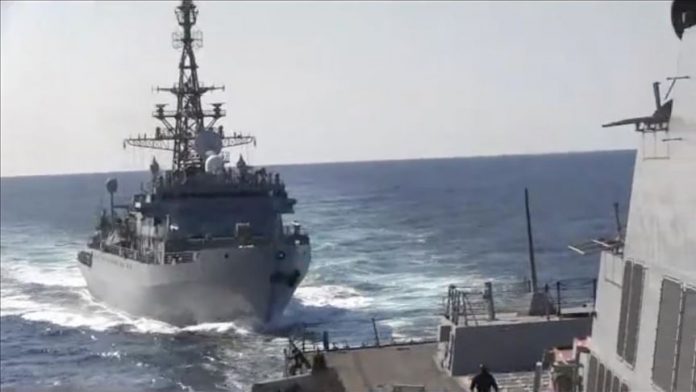 Farragut sounded five short blasts, the international maritime signal for danger of a collision, and requested the Russian ship alter course in accordance with international rules of the road. pic.twitter.com/OGCeAGKOy3

The fleet posted video of the incident to Twitter, which appears to show the Russian ship pulling up alongside the USS Farragut on Thursday with the Farragut then sounding five short air horn blasts, the international maritime signal for