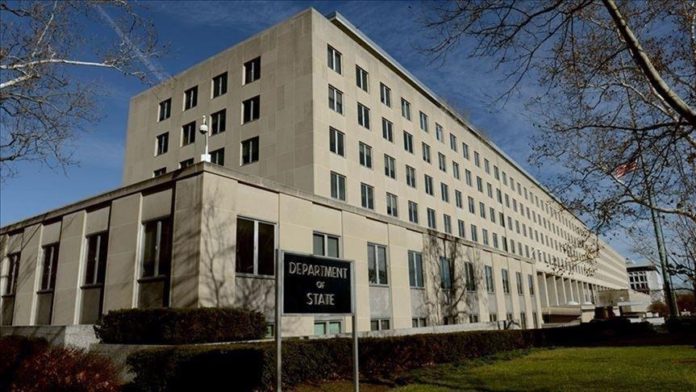 Russia’s actions have been undermining a relative reduction in tensions in eastern Ukraine between government forces and separatist rebels, the US charged on Monday.

“We’ve asked Russia for an explanation of these provocations, but most importantly, what we have signaled directly with our Ukrainian partners is a message of reassurance,” Price told reporters. “We stand by Kyiv. We stand by our partner Ukraine in the face of this intimidation and aggression.”

Kremlin spokesman Dmitry Peskov said Russia moved its armed forces within its territory “at its own discretion,” which he said “doesn’t pose any threat to anyone.”

Unswayed by Russia’s explanation, Price said the US objects to the Russian buildup along the Ukrainian border, describing it as a “cause for concern.”

“The United States would certainly be concerned by any effort on the part of Moscow, whether it is within Russian territory, or within sovereign Ukraine, to intimidate our partner, Ukraine,” Price said.

Along with militarily supporting separatist rebels in Ukraine’s Donetsk and Luhansk regions, which are collectively known as Donbas, Russia in 2014 also seized and annexed Ukraine’s Crimean Peninsula after sending troops there and staging a referendum.

The vote has been widely dismissed by the West as window dressing to provide cover for Russia’s actions.