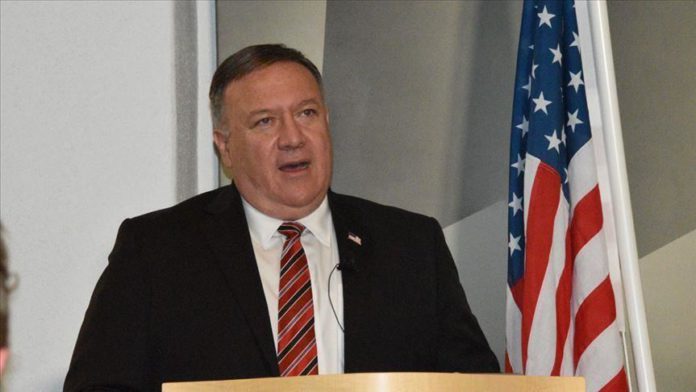 The reopening of the northern Cypriot city of Maras, also known in Greek as Varosha, is “inconsistent” with UN Security Council resolutions and will not help bring peace to the divided island, the US said Friday.

Secretary of State Mike Pompeo raised the issue of Maras’ reopening during a telephone call with Greek Cypriot Foreign Minister Nikos Christodoulides, the State Department said in a statement.

“The Secretary urges a reversal of the re-opening and welcomed the UN Security Council’s session and presidential statement on Varosha on October 9,” spokeswoman Morgan Ortagus said in a statement.

“The United States continues to support a comprehensive settlement to reunify the island as a bizonal, bicommunal federation, which would benefit all Cypriots and the entire region,” she added.

The abandoned town of Maras in the Turkish Cypriot city of Gazimagusa, also known as Famagusta, partially reopened for public use Oct. 8.

In a closed session Oct. 9, the UN Security Council discussed the latest developments on the situation on the island of Cyprus.

In a statement issued following the meeting, the Security Council called for “the reversal of this decision [to open the coastline of Maras] and for the parties to avoid any unilateral action that could raise tensions on the island.”

UN Secretary-General Antonio Guterres’ intention to convene a meeting was also reiterated in the statement, as previously agreed, between the Turkish Cypriot and Greek Cypriot leaders.