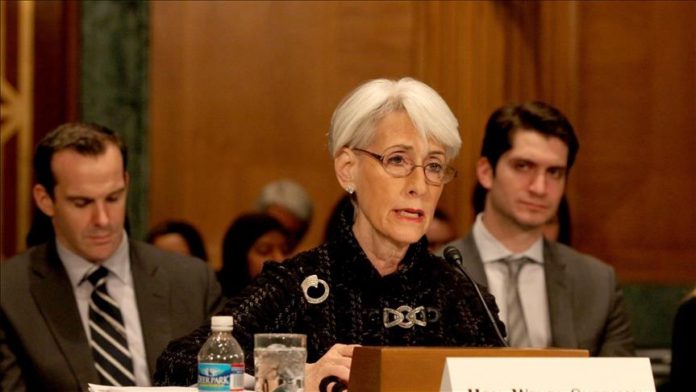 A US diplomat said Wednesday that Russian President Vladimir Putin could use military force in Ukraine by mid-February amid escalation tensions surrounding Russia and Ukraine.

“I have no idea whether he’s (Putin) made the ultimate decision, but we certainly see every indication that he is going to use military force sometime, perhaps now and middle of February,” said Deputy Secretary of State Wendy Sherman.

Her remarks were made at the virtual Yalta European Strategy forum where she said the Beijing Olympics begin Feb. 4 and Putin expects to be there.

“I think that probably President Xi Jinping would not be ecstatic if Putin chose that moment to invade Ukraine. So that may affect his timing and his thinking,” said Sherman.

She said Putin does not want Ukraine to get into NATO, “but his very actions are making the people of Ukraine more anxious to be a NATO.”

“We want to support Ukraine. We will do nothing about Ukraine without Ukraine,” she added.

Russia recently amassed 100,000 troops near Ukraine, prompting fears that the Kremlin could be planning another military offensive against its ex-Soviet neighbor.

Moscow has denied it is preparing to invade and said its troops are there for exercises. It has, instead, issued a list of security demands to NATO, including Ukraine not joining NATO, to calm existing tensions.

Ukraine withdraws from another CIS agreement

COVID-19 consequences will be 'profound' in Africa: WHO