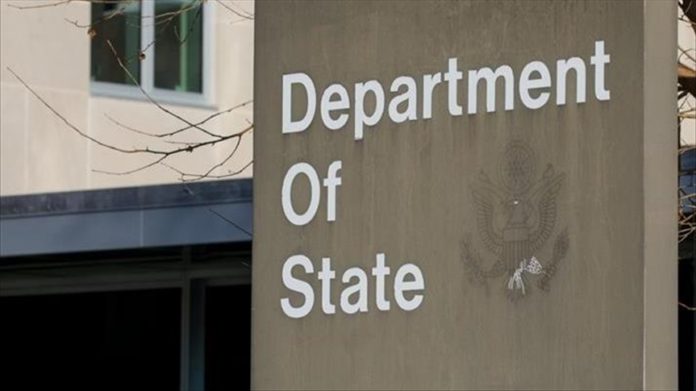 There has not been any decision on the status of US forces in Afghanistan ahead of a negotiated May 1 deadline for their withdrawal, the US said Sunday after an alleged diplomatic letter leaked to the press.

“All options remain on the table,” a State Department spokeswoman said in an email exchange with Anadolu Agency. The spokeswoman spoke on condition of anonymity because she was not authorized to discuss the matter publicly.

The comments came after an alleged letter from Secretary of State Antony Blinken to Afghan President Ashraf Ghani was published by Afghanistan’s Tolo News.

In it, the top US diplomat allegedly warned that security would worsen and the Taliban would make quick territorial gains if the US went ahead with its full withdrawal of forces by May 1, the date agreed to by former President Donald Trump and the Taliban.

“I am making this clear to you so that you understand the urgency of my tone regarding the collective work outlined in this letter,” the letter says.

Blinken noted that the US has prepared a proposal to reduce violence for 90 days to prevent the Taliban from launching a spring offensive and to give diplomatic space to reach a negotiated political settlement between the Afghan government and the Taliban.

The Taliban resumed negotiations on the plan with Zalmay Khalilzad last week when the top US peace broker landed in the Qatari capital, Doha.

The State Department spokesperson did not confirm the letter’s authenticity, noting that the US does not comment on alleged correspondence with foreign leaders. But she said Khalizad’s trip “represents a continuation of American diplomacy in the region.”