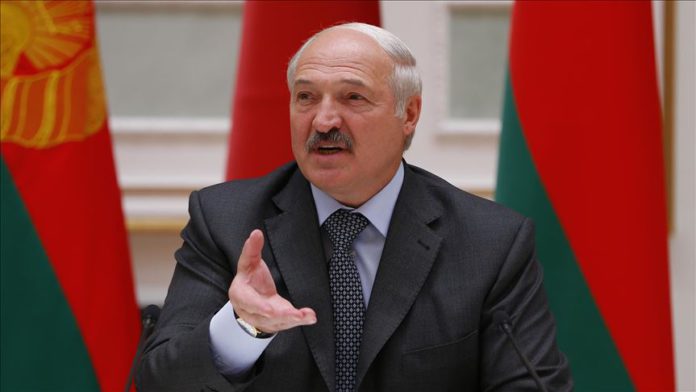 The US announced late Wednesday that it no longer considers Alexander Lukashenko the legitimate president of Belarus, hours after he was officially sworn in for a seventh term.

“The United States cannot consider Aleksandr Lukashenko the legitimately elected leader of Belarus,” said a State Department spokesperson in a statement, according to the Axios news website.

“The path forward should be a national dialogue leading to the Belarusian people enjoying their right to choose their leaders in a free and fair election under independent observation,” the statement said.

Lukashenko’s swearing-in ceremony took place at Independence Palace in the capital Minsk, the presidential press office said in a statement.

After the ceremony, he said Belarusians not only re-elected their president, they “defended peaceful life and sovereignty in Belarus.”

Protests broke out after Lukashenko, who has served as president since 1994, was declared the winner of Aug. 9 polls. Opposition candidates, however, accused the administration of rigging the vote.

NATO and European leaders have urged Lukashenko to launch a dialogue with the opposition and respect the fundamental human rights of Belarus’ citizens.