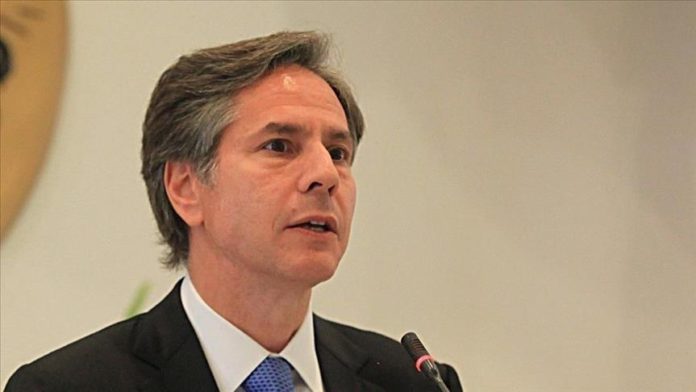 Improvement of democracy at home is now a “foreign policy imperative,” Secretary of State Antony Blinken said on Wednesday.

The top diplomat made explicit mention of the country’s problems with structural racism and inequality, as well its difficulties in overcoming disinformation, citing the Jan. 6 assault of the US Capitol by former President Donald Trump’s supporters.

“Our elected leaders were targeted in the violent seizure of the Capitol just two months ago,” Blinken said in remarks at the State Department. “More broadly, Americans are increasingly polarized and the institutions that exist to help us manage our differences so our democracy can continue to function are under strain. Shoring up our democracy is a foreign policy imperative.”

Inaction will only play into the hands of America’s adversaries, including Russia and China, “who seize every opportunity to sow doubts about the strength of our democracy,” said Blinken.

“We shouldn’t be making their jobs easier,” he added.

The call comes one day after FBI Director Christopher Wray raised the alarm about a dramatic increase in the number of domestic terrorism cases being pursued by the bureau. Active cases have doubled from 2017, and now stand at about 2,000, he said.

Wray rejected conspiracy theories that suggest the riot was a false-flag operation carried out by “fake Trump supporters.”

Asked about the allegations spread in some circles of Trump’s supporters that others, including Antifa, were responsible for the violence, Wray said federal investigators “have not seen evidence of that at this stage certainly.”

“We also have a couple of instances where we have already identified individuals involved in the criminal behavior who we would put in the racially-motivated violent extremists who advocate for what you would call ‘white supremacy,'” Wray said on Tuesday during his first public testimony since the Capitol was overrun.

In all, five deaths were directly tied to the riot, including a law enforcement officer. Two other officers took their lives in the aftermath.