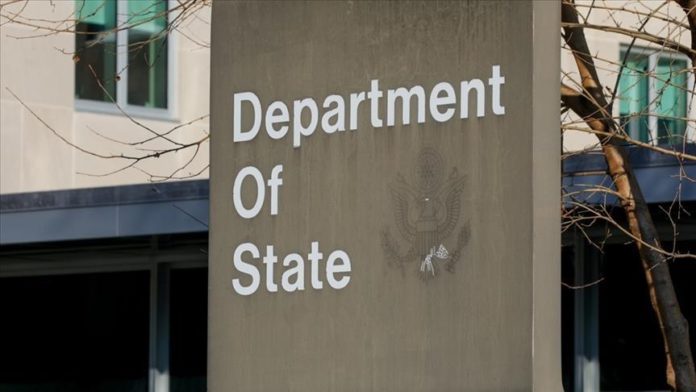 The US called on Yemen’s Houthi rebels Monday to “stop attacking, and start negotiating” after a series of weekends attacks on Saudi Arabia’s oil infrastructure.

State Department spokesman Ned Price said the “egregious” attacks on the eastern Saudi cities of Ras Tanur, and Dhahran are “unacceptable,” calling on the Houthis to “demonstrate their willingness to engage in a political process.”

“Attacks like these are not the actions of a group that is serious about peace,” he told reporters. “We call on all parties to seriously commit to a ceasefire, to engage in negotiations under UN auspices in conjunction with our special envoy, Tim Linderking, who, in turn, is working closely with the UN’s envoy, Martin Griffiths.”

The comments come just hours after the Biden administration said it is exploring additional ways it can help Saudi Arabia fend off attacks from outside of its borders.

Speculation regarding the perpetrators has largely focused on Yemen’s Houthi rebels, who have been responsible for waves of such attacks in the past.

But an anonymous advisor to the Saudi royal court told the Wall Street Journal that the attack on Ran Tanura did not emanate from Yemen, but instead came from either Iraq or Iran.

“All indications point to Iran,” the advisor said.