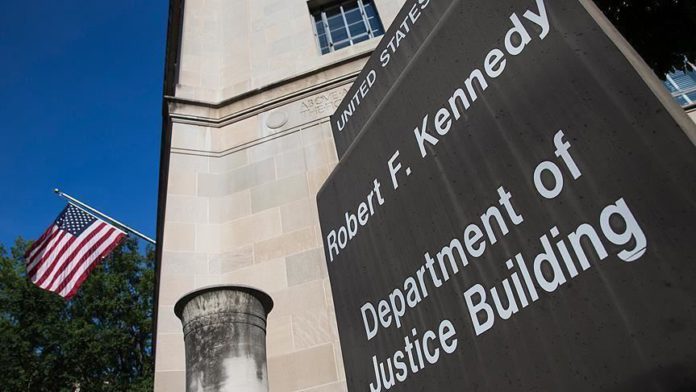 The US Department of Justice officially accused China’s San Francisco consulate of harboring a known fugitive Thursday, saying the individual is a covert member of Beijing’s People’s Liberation Army (PLA).

Juan Tang remains holed up in the diplomatic building after the FBI interviewed her on June 20 on suspicion of visa fraud, the department said.

Tang allegedly responded “no” to a question on her visa application about whether she had ever served in the military, but she is accused of being a uniformed officer of the PLA Air Force. According to a criminal complaint, the FBI found a photograph of her in military uniform and references to her employment at the Air Force Military Medical University.

The FBI also found an additional photograph of her in military uniform on electronic media when it executed a search warrant.

Three other people also accused of visa fraud — Xin Wang, Chen Song and Kaikai Zhao — have been taken into custody on allegations they lied about their status within the PLA before coming to the US as university researchers.

“These members of China’s People Liberation Army applied for research visas while hiding their true affiliation with the PLA,” Assistant Attorney General for National Security John Demers said in a statement. “This is another part of the Chinese Communist Party’s plan to take advantage of our open society and exploit academic institutions. We will continue to conduct this investigation together with the FBI.”

Secretary of State Mike Pompeo will speak later Thursday in a speech widely-expected to focus heavily on China.