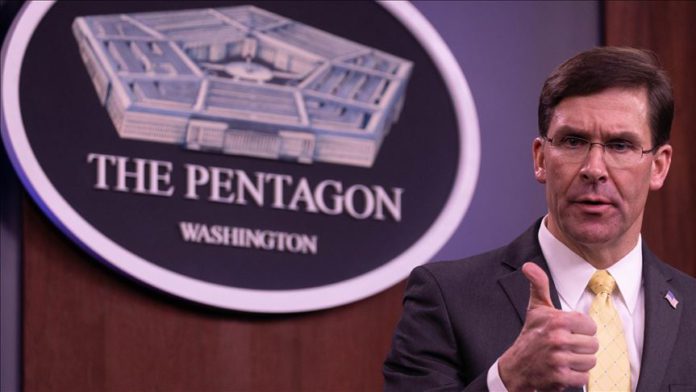 Addressing the Atlantic Council think tank, Esper said the US’s network of alliances is “an enduring strength that our competitors and adversaries simply cannot match,” noting that while Moscow and Beijing “probably have fewer than 10 allies combined” the US’s standing cannot be taken for granted.

“Our ability to maintain this advantage is not preordained, nor can we take our longstanding network of relationships for granted,” he said. “China and Russia are rapidly modernizing their armed forces and using their growing strength to ignore international law, violate the sovereignty of smaller states and shift the balance of power in their favor.”

He pointed in particular to China’s building of militarized islands in the South China Sea to bolster its maritime claims and Russia’s annexation of Ukraine’s Crimean Peninsula as examples of their “brazen attempts to chip away at the autonomy of others and undermine the resilience and cohesion of countries and institutions critical to U.S. security, including NATO.”