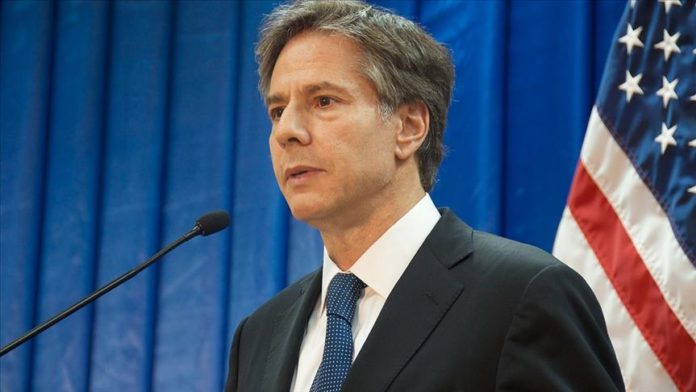 “Kolomoyskyy was involved in corrupt acts that undermined rule of law and the Ukrainian public’s faith in their government’s democratic institutions and public processes, including using his political influence and official power for his personal benefit,” Secretary of State Antony Blinken said in a statement.

“While this designation is based on acts during his time in office, I also want to express concern about Kolomoyskyy’s current and ongoing efforts to undermine Ukraine’s democratic processes and institutions, which pose a serious threat to its future,” he added.

Kolomoyskyy’s immediate family, his wife, daughter and son, were also designated, which renders them ineligible for entry into the US.

In 2019, Kolomoyskyy told Ukrainian media that two business associates of former New York Mayor Rudy Giuliani, who was a political advisor to the former American President Donald Trump, had visited him in Israel seeking to arrange a meeting.

Giuliani allegedly approached Kolomoyskyy trying to get information on President Joe Biden and his son Hunter during his election campaign.

Activities of Biden and his son made headlines in 2019 as Republicans spread unsubstantiated conspiracy theories partially in an effort to blunt Democratic efforts to impeach President Trump.

Kolomoyskyy and his associates controlled PrivatBank, one of Ukraine’s largest financial institutions. The claims that they looted the bank caused major investigations in both Ukraine and the US, including a criminal investigation about $5.5 billion money laundering.