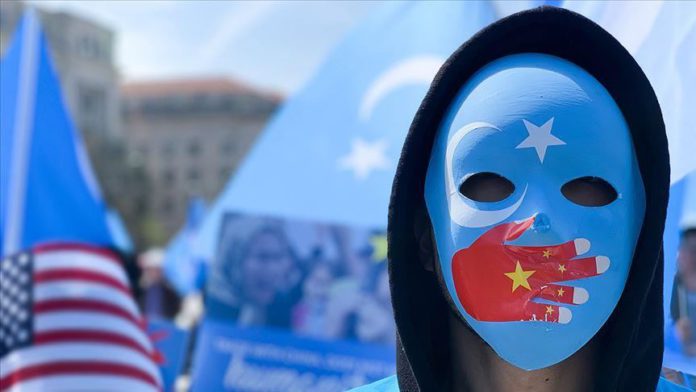 The US on Thursday sanctioned a senior member of the Chinese Communist Party and three other officials over human rights abuses in Xinjiang, northwest China.

The Communist Party Secretary of Xinjiang Uighur Autonomous Region (XUAR), Chen Quanguo was one of the designated names, announced by the US Treasury Department in a statement.

Chen was appointed to the region in 2016, according to the statement, he as “notorious history of intensifying security operations” in the Tibetan Autonomous Region to tighten control over the Tibetan ethnic minorities.

The top government official is also known as the “architect” of mass detention camps in Xinjiang.

The sanctions designations are pursuant to the Global Magnitsky Act passed by Congress in 2016.

The XPSB was also sanctioned as an entity.

“The entity and officials are being designated for their connection to serious human rights abuse against ethnic minorities in Xinjiang, which reportedly include mass arbitrary detention and severe physical abuse, among other serious abuses targeting Uyghurs, a Turkic Muslim population indigenous to Xinjiang, and other ethnic minorities in the region,” the Treasury said.

The restrictions bar individuals and their immediate families from entering the US.

“The United States will not stand idly by as the CCP [Chinese Communist Party] carries out human rights abuses targeting Uyghurs, ethnic Kazakhs, and members of other minority groups in Xinjiang, to include forced labor, arbitrary mass detention, and forced population control, and attempts to erase their culture and Muslim faith,” Secretary of State Mike Pompeo said on the designations in a statement.

Pompeo called on all nations who share concerns about the CCP’s “gross violations of human rights” and attacks on fundamental freedoms to join the US in condemning this behavior.