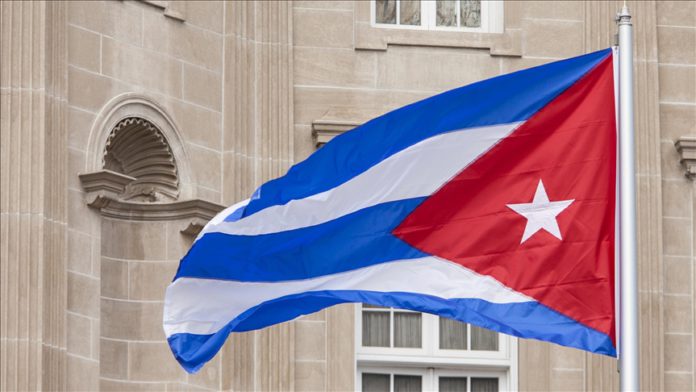 Cuba has rejected the US’ decision to declare the Caribbean nation as a state sponsor of terrorism, saying it has been a “victim” of terrorism.

“For some months now, there have been speculations about the possibility of including Cuba in a unilateral list issued by the State Department that designates countries, without having received any mandate or having any legitimacy whatsoever to do that and without having any genuine motivation in relation to terrorism and its sequels, in order to use it as an instrument to denigrate and implement economic coercive measure against other countries that may refuse to indulge the whims of the US imperialism,” the Foreign Ministry said Tuesday in a statement.

Noting it is a “widely” known fact that Cuba “is not a State that sponsors terrorism,” the ministry said the country’s “official and well-known policy and impeccable behavior has been that of rejecting terrorism in all its forms and manifestations, particularly State terrorism, wherever and by and against whoever committed.”

It went on holding the US responsible for thousands of fatalities and disabilities in Cuba.

“Cuba has been a State victim of terrorism and our people have suffered from it first hand, at the cost of 3,478 fatalities and 2,099 people with disabilities due to the actions carried out by the government of the United States or that have been perpetrated and sponsored from the territory of that country with the acquiescence of the US official authorities,” it continued.

“We Cubans disdainfully deplore every maneuver aimed at manipulating such a sensitive issue to achieve gross politically opportunistic goals.”

For his part, Foreign Minister Bruno Rodriguez called US Secretary of State Mike Pompeo’s announcement an “arrogant act by a discredited and morally bankrupted government that incited an insurrection in its own country.”

“The true motivation behind this action is to impose additional obstacles to any prospective restoration of bilateral relations,” Rodriguez said on Twitter, referring to a potential new page in relations under the incoming Joe Biden administration.

Rebranding Cuba a sponsor of terrorism late Monday — a designation ended in 2015, under then-President Barack Obama — marks another step in reversing Obama’s softened stance towards the tiny island state, and perhaps the Trump administration’s final step before it ends on Jan. 20.