TurkishPress
Home News 'US sanctions on Turkey against spirit of alliance' 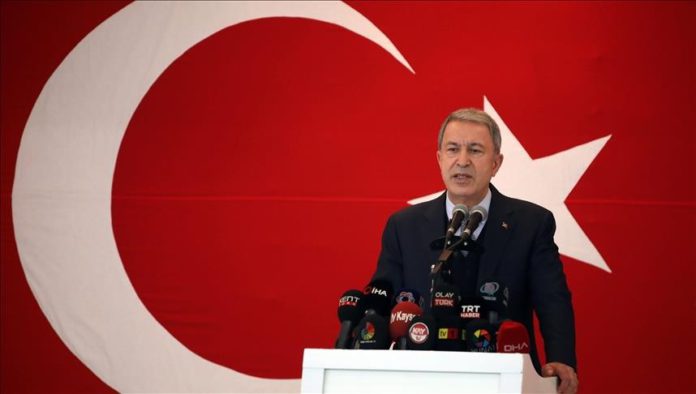 Imposing sanctions on Turkey over its purchase of the Russian S-400 missile defense system does not comply with the spirit of alliance, Turkey’s defense minister said on Friday.

“Imposing some restrictions on Turkey, especially on F-35 over the S-400 issue is not in line with the spirit of alliance,” Hulusi Akar said addressing an event in the central Kayseri province.

“The S-400 defense system is used against threats and dangers when it is needed. The S-400 does not harm anyone if there is no intention to attack Turkey,” Akar added.

Last December, the US imposed sanctions on Turkey over the acquisition of the Russian S-400 missile defense system.

Meanwhile, speaking on Greek jets’ harassment of a Turkish scientific research vessel in the Aegean Sea, he reiterated this is not what good neighbors do.

On Tuesday, one of the four Greek fighter jets that approached the TCG Cesme west of Lemnos Island launched a chaff cartridge from a distance of two nautical miles (2.3 miles), according to security sources.

The Turkish ship, which was engaged in hydrographic surveying activities at the time, is slated to continue its scientific and technical research in the region until March 2.

Besides, touching upon Turkey’s fight against the Fetullah Terrorist Organization (FETO), Akar said: “We continue our fight against FETO determinedly. As of July 15, 2016, some 21,194 people have been dismissed from the Turkish Armed Forces.