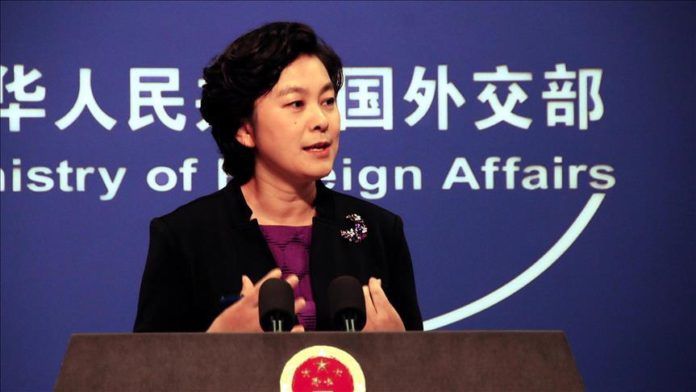 China on Friday criticized the US for imposing sanctions on Russia, describing the move as “bullying.”

“US announced new sanctions on Russia. Wanton use or threat of use of unilateral sanctions in international relations is nothing but power politics&bullying,” China’s Foreign Ministry spokeswoman Hua Chunying said on Twitter.

The statement came in reaction to US President Joe Biden’s announcement on Thursday of fresh sanctions against the Russian government, including the expulsion of 10 diplomats for alleged election interference and hacking.

The executive order aims to deter “the full scope of Russia’s harmful foreign activities,” the White House had said in a statement.

“These companies are being designated for operating in the technology sector of the Russian Federation economy,” the statement read.

Those expelled from the Russian diplomatic mission in Washington include intelligence services representatives, it added, without disclosing their identities.

Biden sent a letter to Congress, informing lawmakers about his executive order that declared a national emergency over threat from Russia.

Greece should give up provocative approach: Turkey