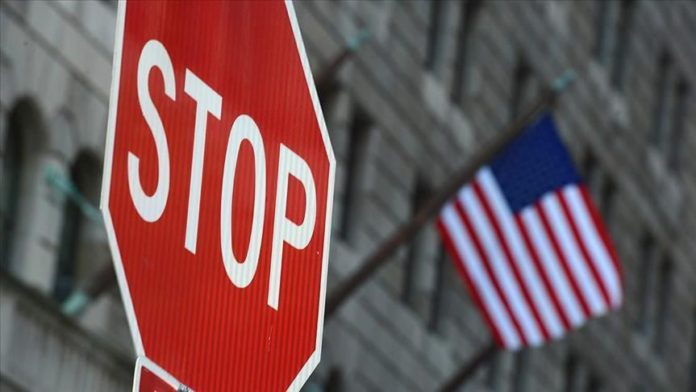 The US sanctioned a pair of Iranian judges Thursday it accused of “denying freedom and justice to the people of Iran.”

“They do not fairly administer justice, but rather seek to deprive the Iranian people of due process as well as their human rights and fundamental freedoms,” Pompeo said in a statement.

The designations announced are not the first time Washington has blacklisted judicial officials. The Trump administration designated in December two judges who it accused of punishing “Iranian citizens and dual-nationals for exercising their freedoms of expression or assembly”

Among those sanctioned in the most recent tranche are Seyyed Mahmoud Sadati who the US said presided over a recent trial that led to the sentencing of an Iranian wrestler to death.

Navid Afkari was executed Sept. 12 in a case that sparked international outcry from human rights groups and sports bodies.

Afkari, 27, was accused of fatally stabbing an employee of a local civic body in the southwestern city of Shiraz during anti-government protests in 2018.

“The United States joins with nations around the world in mourning Navid’s execution and condemning the Iranian regime,” Pompeo said. “Navid’s death must not be in vain: peace-loving nations should condemn his execution and Iran’s egregious human rights violations, and reaffirm respect for the freedom, dignity, and equality of every person.”

In addition to the judge in Afkari’s case, the US also sanctioned the Adelabad Prison where Afkari was held and executed in secret.

Also blacklisted were Branch 1 of the Revolutionary Court of Shiraz, the Orumiyeh and Vakilabad Prisons and Mohammad Soltani.

Soltani, a Revolutionary Court judge, is “responsible for sentencing Baha’is in Iran on dubious charges related to their exercise of freedom of expression or belief,” Pompeo charged.