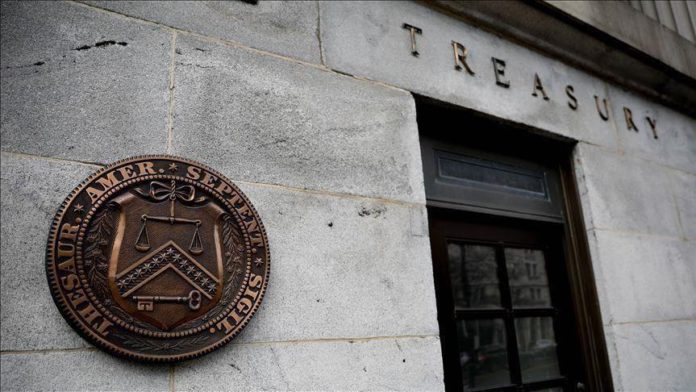 The US sanctioned Belarusian deputy interior minister and four entities Wednesday, including the country’s special law enforcement, for their alleged roles in “fraudulent” presidential elections and subsequent violent crackdown on peaceful protests.

Henadz Arkadzievich Kazakevich, who is also Chief of the Criminal Police, is accused of being “responsible for the actions of the Criminal Police in their role of carrying out previously sanctioned Alyaksandr Lukashenka’s policy of violently cracking down on pro-democracy protests in Belarus,” said the Treasury Department.

The election body, Central Commission of the Republic of Belarus on Elections and Holding Republican Referenda, has been designated for “managing the fraudulent August 9 presidential election,” said the agency.

According to the agency, those entities “have been involved in the violent post-election crackdown on and suppression of peaceful protests in Minsk.”

All property and interests in property of the persons above that are in the US or in the possession or control of US persons are blocked and must be reported to the Office of Foreign Assets Control, according to the department.

Belarus has been rocked by mass protests since President Alexander Lukashenko was re-elected Aug. 9 to a sixth term.

The US and the EU rejected the election and imposed sanctions on top Belarusian officials for their role in vote manipulation and a crackdown on protesters.