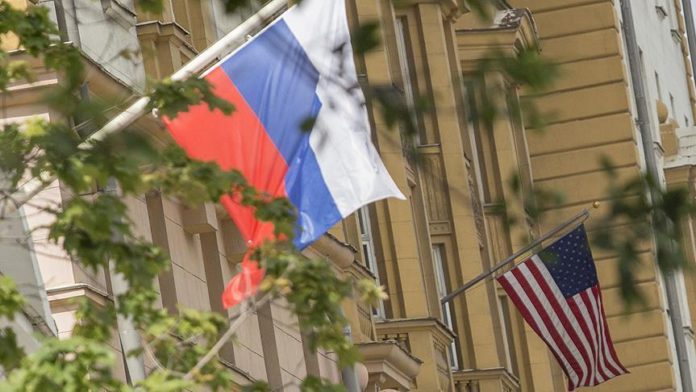 The US imposed sanctions on seven officials of the Russian government Tuesday for poisoning opposition figure Alexei Navalny.

“The intelligence community assesses with high confidence that officers of Russia’s Federal Security Service FSB used a nerve agent known as Novichok to poison Russian opposition leader Alexei Navalny on August 20, 2020,” a senior government official said during a telephone call with the media.

Another official on the call urged Russia to “unshakably and immediately release” Navalny.

The move is in response to the Kremlin’s “disgraceful and unacceptable behavior ” and is in conjunction with the EU, who also announced sanctions against four Russian officials.

A Moscow court upheld the Navalny decision Saturday, sentencing him to two years and eight months for violating parole.

He was arrested in Moscow upon his return in January from Germany where he had received treatment after the alleged poisoning by Russian agents.