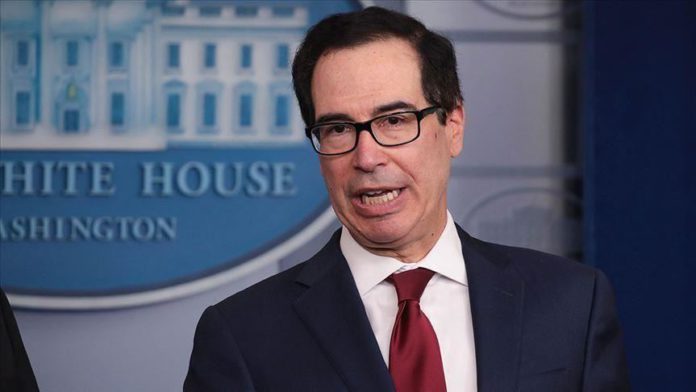 The US slapped sanctions on two companies and one individual Wednesday on allegations they procured parts and provided logistic services for Iran’s Mahan Air.

The airliner was designated by the US in 2001 for providing support to the external operations branch of Iran’s Islamic Revolutionary Guard Corps.

The two companies sanctioned Wednesday are United Arab Emirates-based Parthia Cargo and Delta Parts, as well as Iranian national Amin Mahdavi who the Treasury Department says is the owner of Parthia Cargo.

“The Iranian regime uses Mahan Air as a tool to spread its destabilizing agenda around the world, including to the corrupt regimes in Syria and Venezuela, as well as terrorist groups throughout the Middle East,” Treasury Secretary Steven Mnuchin said in a statement. “The United States will continue to take action against those supporting this airline.”

The services provided by Parthia Cargo and Delta Parts have allowed Mahan Air to maintain its fleet of American, French and British-manufactured aircraft.

While Mahan Air is primarily a civilian airliner, the US accuses it of being used by Iran’s military to ferry fighters and cargo to Syria to prop up the Assad regime, as well as sending aid to US rival Venezuela.

Federal prosecutors have filed criminal charges against Parthia Cargo and Mahdavi related to the unlicensed re-export of US manufactured aircraft parts, the Treasury said.