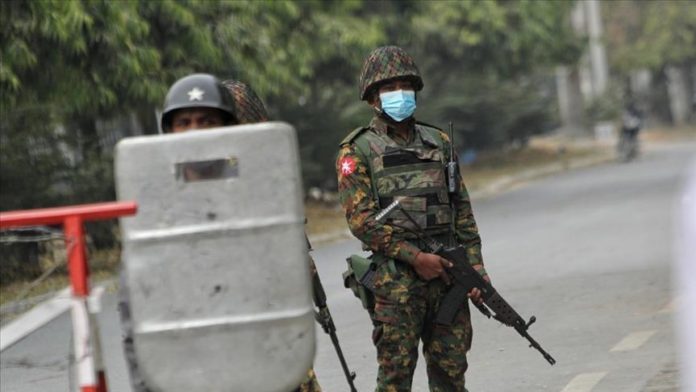 The US on Friday sanctioned 22 individuals, including members of Myanmar’s junta and their family members, over the military’s ongoing repression of pro-democracy demonstrators.

Among those sanctioned are seven individuals who the Treasury Department says are pivotal to Myanmar’s military, including three members of the government created by the Tatmadaw in the wake of the putsch. The State Administrative Council was placed under US sanctions in May.

Myanmar’s ministers of information, investment labor, and social welfare have also been blacklisted.

The 15 other individuals included in Friday’s wave of designations are the spouses or adult children of individuals who had previously been sanctioned.

“The military’s suppression of democracy and campaign of brutal violence against the people of Burma are unacceptable,” Andrea Gacki, the director of the Treasury Department’s Office of Foreign Assets Control, said in a statement.

The US Department of Commerce’s Bureau of Industry and Security separately sanctioned four companies accused of aiding Myanmar’s military, including a telecommunications company and three copper mining companies.

Myanmar’s military ousted President Win Myint, State Counselor Aung San Suu Kyi, detaining them along with other senior members of the pre-coup ruling National League for Democracy party on Feb. 1, citing “election fraud” in the polls. The claims have been refuted by UN Secretary-General Antonio Guterres.

The junta has killed 888 people in the country since then, according to the Assistance Association for Political Prisoners, a rights group.

Pakistani premier says he is under pressure on Israel