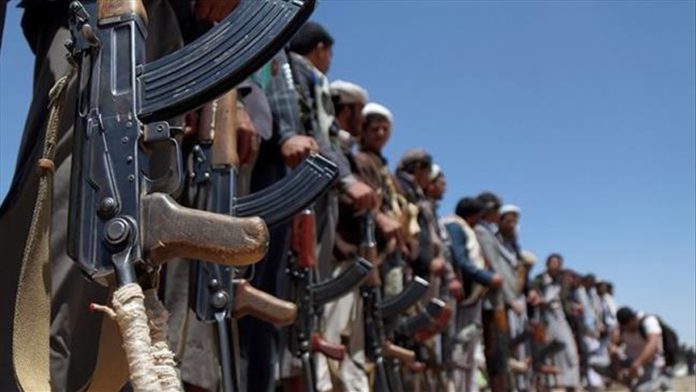 The US Treasury Department announced on Tuesday that it sanctioned two key militants of Ansarallah, also referred to as the Houthis, in Yemen.

“Mansur Al-Sa’adi and Ahmad ‘Ali Ahsan al-Hamzi are responsible for orchestrating attacks by Houthi forces impacting Yemeni civilians, bordering nations, and commercial vessels in international waters,” it said in a statement. “These actions, which were done to advance the Iranian regime’s destabilizing agenda, have fueled the Yemeni conflict, displacing more than one million people and pushing Yemen to the brink of famine.”

Al-Sa’adi serves as the Houthi Naval Forces Chief of Staff and organized lethal attacks against international shipping in the Red Sea.

Al-Hamzi has acquired Iranian-made weapons for use in the Yemen civil war as commander of Yemen’s Houthi-aligned Yemeni Air Force, according to the statement.

The US agency said the Houthis, with support of the Iranian regime, have waged a war against the internationally recognized Yemeni government using missiles, explosives, mines and unmanned aerial vehicles to attack bases, population centers, infrastructure and nearby commercial shipping since the onset of the conflict.

“These individuals command forces that are worsening the humanitarian crisis in Yemen,” Director of the Office of Foreign Assets Control Andrea Gacki said in the statement.

“The United States remains committed to promoting accountability of Houthi leadership for their actions, which have contributed to the extraordinary suffering of the Yemeni people,” she added.