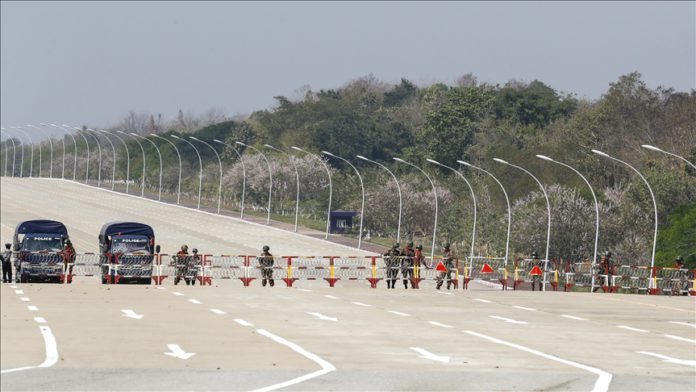 The US slapped sanctions on two adult children of the leader of Myanmar’s military junta on Wednesday over the ongoing crackdown on pro-democracy protesters.

Commander-in-chief Min Aung Hlaing’s son and daughter, Aung Pyae Sone and Khin Thiri Thet Mon respectively, are being blacklisted for having “directly benefitted from their father’s position and malign influence,” the Treasury Department said in a statement.

“The indiscriminate violence by Burma’s security forces against peaceful protesters is unacceptable,” Office of Foreign Assets Control Director Andrea Gacki said in a statement, using the US government’s preferred name for Myanmar.

“The United States will continue to work with our international partners to press the Burmese military and police to cease all violence against peaceful protestors and to restore democracy and the rule of law in Burma,” she added.

The newest wave of penalties comes as the country continues to face popular demonstrations against the military’s Feb. 1 seizure of power from the democratically-elected government.

The ongoing anti-coup protests that started on Feb. 6 have continued for over a month in many cities and towns across the country as opponents of the coup demand the release of elected officials and the end of the military junta.

At least 65 people have been killed during the military crackdown.

On Wednesday, at least 200 people were arrested when military forces and police raided townships and a railway residential compound in Yangon, Myanmar’s largest city and commercial hub.