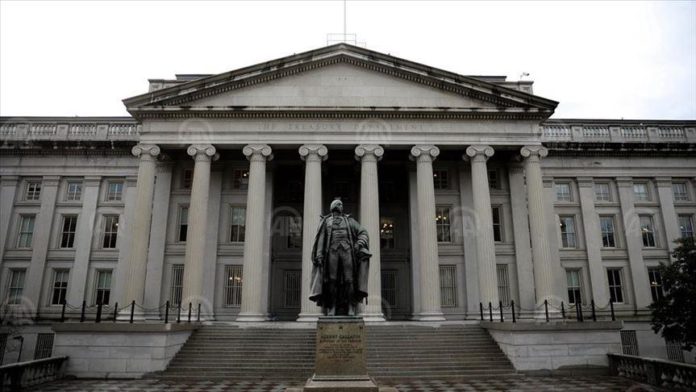 The US Treasury Department announced Tuesday it imposed sanctions on an Iranian person and 17 companies that operate in the country’s metals sector.

Majid Sajdeh was added to the sanctions list, along with firms that largely operate in Iran’s steel, mining and mineral industries.

“The Iranian regime uses revenue from its metals sector to fund the regime’s destabilizing activities around the world,” Secretary of State Mike Pompeo said in a statement.

He said two companies “knowingly sold, supplied, or transferred, directly or indirectly, graphite to or from Iran.”

One Germany-based company, one UK-based and one China-based were designated for being owned or controlled by Iran’s Middle East Mines and Mineral Industries Development Holding Company, he added.

“The United States will continue to aggressively implement sanctions with respect to the Iranian regime, those who evade sanctions, and others who enable the regime to fund and carry out its malign agenda of repression and terror,” said Pompeo.

Iran confirmed Saturday a plan to increase uranium enrichment to 20% as it moves to implement a recently introduced law as a counter-measure against US sanctions.

President-elect Joe Biden plans to make the US a part of the Iran nuclear deal after taking office Jan. 20. President Donald Trump withdrew Washington from the agreement in May 2018.

'Climate change can impact spread of malaria in Africa'