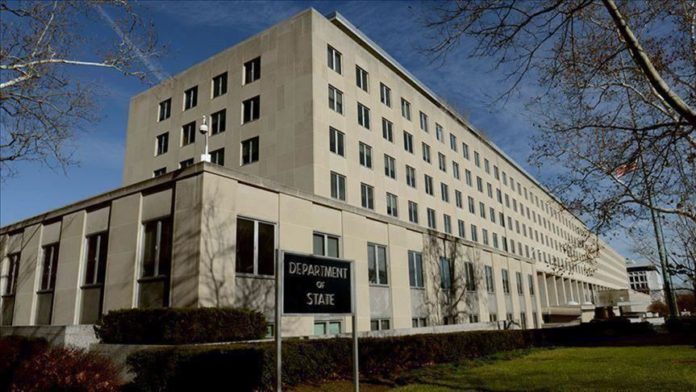 Russia is working with Syria’s Bashar al-Assad regime to transfer mercenaries to Libya to fight alongside renegade commander Khalifa Haftar’s forces, said US envoy for Syria James Jeffrey, according to multiple reports Thursday.
“We know that certainly the Russians are working with Assad to transfer militia fighters, possibly third country, possibly Syrian, to Libya, as well as equipment,” Jeffrey told reporters via teleconference.

During the call, more State Department officials spoke, with Deputy Assistant Secretary Christopher Robinson saying Moscow’s effort to expand its presence in Africa and along the Mediterranean Sea is worsening the situation there.

“Libya has become the next venue for Russia’s malign efforts to exploit regional conflicts for its own narrow political and economic gain. While Russia often publicly claims support for a political solution, such as in Syria or Libya, it simultaneously engages in activities that undermine a political peace process and widen the conflict,” said Robinson.

Russia has provided material and logistical support to the Wagner Group, a private militia with alleged links to an associate of President Vladimir Putin. Russia denies any links.

“More recently, Russia in coordination with the Assad regime has ferried Syrian fighters to Libya to participate in Wagner operations” in support of the Libyan National Army of General Haftar, said the official.

Hours earlier, local reports in Syria said Russia will send mercenaries that are fighting for the Assad regime in Syria’s southwestern city of Daraa to fight alongside Haftar’s illegal forces in eastern Libya.

Since April 24, a high-ranking Russian commander and his team have reportedly held a series of meetings with mercenaries fighting for the Assad regime in Daraa.

In these meetings, Russia offered $1,000 and a three-month renewable contract to the Syrian mercenaries in exchange for their services in Haftar’s ranks.

The Libyan government launched Operation Peace Storm on March 26 to counter attacks against the capital.