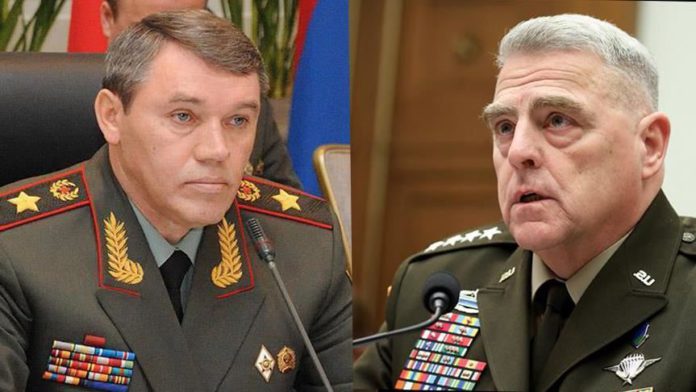 Russian and US military chiefs discussed in a phone call their altercation in Syria, Russia’s Defense Ministry said on Thursday.

Following a collision of Russian and US armored vehicles on Wednesday, Chief of the Russian General Staff Valery Gerasimov called US Chairman of the Joint Chiefs of Staff Mark Milley.

The incident took place in northern Syria’s Dayrick, located a few miles off the Turkish border.

Gerasimov said the Russian side had informed the US-led anti-terrorist coalition in Syria about the passage of the Russian convoy in line with the relevant procedure.

“Despite this [notification] in line with the existing agreements, members of the US armed forces carried out an attempt to block Russian patrol,” he said in a statement.

The Russian armed forces responded out of necessity to fulfil the task, he added.

John Ullyot, spokesman of the US National Security Council, called the Russian actions “unsafe and unprofessional”, saying several US servicemen were injured in the incident.

“The Coalition and the United States do not seek escalation with any national military forces, but U.S. forces always retain the inherent right and obligation to defend themselves from hostiles acts,” he said in a statement.

The dust-ups between the Russian and US forces in Syria have become more frequent recently. Earlier, a video was uploaded on the internet showing Russian Mi-8 helicopters hovering above US military supplies.

In July, US troops pursued a convoy of five Russian armored vehicles forcing it to stop and wait for helicopters to accompany it to the base in Qamishli.

At least 20 killed in suicide attack, gun-battle in central Somalia