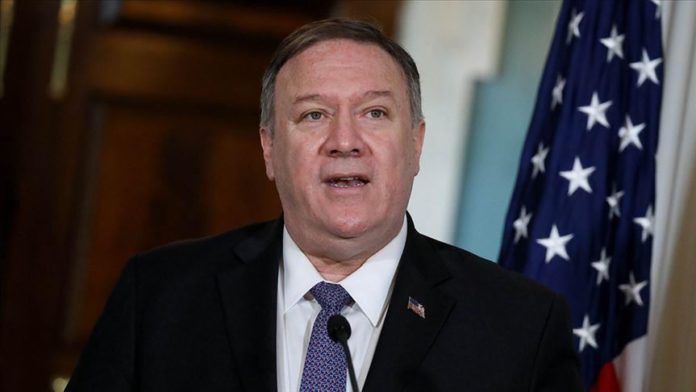 The US on Wednesday announced a new campaign of “sustained sanctions” against the Syrian regime and its allies.

US Secretary of State Mike Pompeo said “severe economic sanctions” under the Caesar Act aimed to hold the Bashar al-Assad regime and its enablers accountable for brutal acts against Syrians who have suffered the worst of the decade-long civil war.

“Many more sanctions will come until Assad and his regime stop their needless, brutal war and agree to a political solution as called for by UNSCR 2254,” he added, referring to a 2015 UN Security Council Resolution calling for cease-fire and political settlement in Syria.

The bill, officially known as the Caesar Syrian Civilian Protection Act of 2019, authorizes additional sanctions and financial restrictions on institutions and individuals that have commercial ties with the Syrian regime.

The act is named after a Syrian military photographer who leaked tens of thousands of gruesome images that showed 11,000 victims systematically tortured to death by the government.

The photographs showed evidence of starvation, beating, strangulation and other forms of torture.