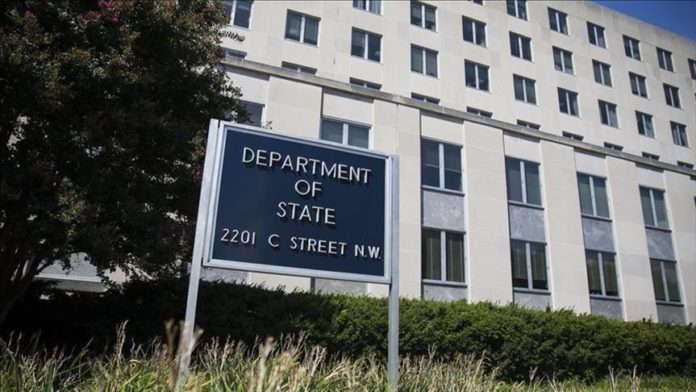 The State Department revoked a Finnish journalist’s International Women of Courage Award over social media posts she made that were critical of US President Donald Trump, according to a watchdog report released Friday.

The department’s independent Office of Inspector General concluded that Jessikka Aro was stripped of the award solely for the posts, despite the State Department’s official explanation that she was never selected to receive the commendation.

Prompted by a congressional call to investigate the matter, the inspector general determined “Ms. Aro had been selected for the award and notified of this selection,” the report says.

“However, after notification but prior to the award ceremony, Department officials discovered ‘disconcerting’ social media postings by Ms. Aro, some of which were critical of the current President, and, because of these, decided to rescind the award,” it said.

The report notes that the determination of award recipients is done at the department’s discretion, but said it lied about the matter when asked about whether the award was stripped as an act of reprisal.

“The Department initially stated to the public and to Congressional staff that Ms. Aro was incorrectly notified of the selection and, when asked direct questions, refused to acknowledge that her social media posts factored into the decision,” the 16-page report says.

“The Department subsequently provided more information in response to a congressional question for the record in which it acknowledged that, in general, a nominee’s social media posts is one factor reviewed when determining eligibility for an IWOC award,” it adds.

Democratic Senator Robert Menendez, who was one of the lawmakers who requested the probe, said the State Department owes Aro an apology.

“The Inspector General’s report is another somber example of how fear and partisanship have permeated our nation’s foreign policy and diplomacy under the Trump administration,” he said in a statement.