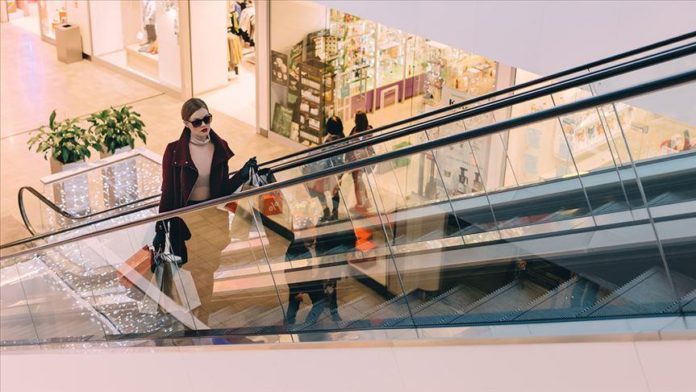 US retail and food services sales declined by 1.1% from the previous month to $546.5 billion in November, according to figures released by the Census Bureau on Wednesday.

While markets had expected a 0.3% decrease, the percentage change for October was revised from a 0.3% rise to a decline of 0.1%.

The fall in retail sales was a result of mounting COVID-19 cases in the US and decreasing household income as millions of Americans still await a much-anticipated relief bill that failed to pass Congress before the Nov. 3 presidential election.

With almost all of the $3 trillion stimulus package introduced in March having been spent, around 11 million Americans without jobs will lose their unemployment benefits as of Dec. 26.

It is still unclear whether lawmakers will be able to agree on including $600 checks for individuals in the stimulus package that is expected to amount to more than $900 billion.

The Republicans’ lead negotiator, however, is putting pressure on Democrats to drop their additional request to pass a second bill as well worth $160 billion in aid to state and local governments.

Lawmakers have been arguing since this weekend whether to divide the $908 billion stimulus package into two separate bills — the first including $748 billion aid for small businesses, unemployment benefits and COVID-19 vaccine distribution.

With negotiations ongoing, major indexes in the US stock market were heading Wednesday for a higher opening with the Dow and S&P 500 futures up by 0.03% and 0.14%, respectively, and Nasdaq futures up by 0.2%.