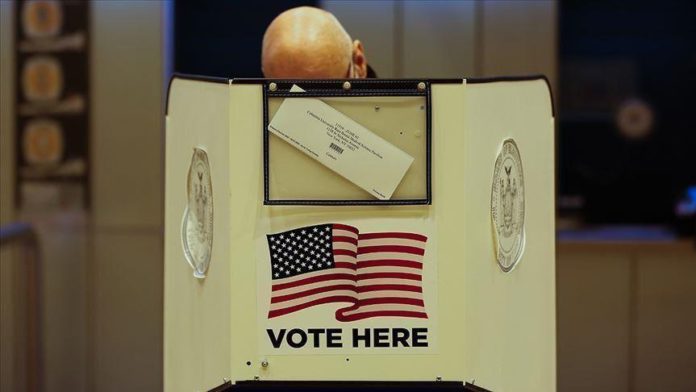 A political organization in the US state of Ohio is running an online campaign demanding US President Donald Trump invoke martial law and hold a national re-vote.

“At least half of all Americans do not and will not accept this fraudulent election because of the eyewitness testimony, and the material, statistical and mathematical evidence of OVERWHELMING fraud,” claims the We The People Convention, Tea Party movement.

“The other half will not accept the outcome if the courts see the evidence of fraud and rightfully overturn the election!” the Republican group said. “Therefore, We the People MUST demand a NEW and fair national vote, a vote that all Americans can trust and live by regardless of the winner! Without a fair vote, we fear, with good reason, the threat of a shooting civil war is imminent.”

”Gun sales are at an all-time high and 40% are first time gun owners looking to defend themselves, their property, and their rights. Therefore, Mr. President you must act now before there is no peaceful way left to preserve our Union,” petition further demanded.

It claimed legislators, courts and Congress failed to do their duty during the 2020 presidential elections and urged Trump to immediately declare a limited form of martial law “for the sole purpose of having the military oversee a national re-vote.”

The group said a fair election can be held under circumstances such as paper ballots, no computers, hand-counted with both parties watching every vote and only registered voters.

“It is time to honor your oath, Mr. President. It is time for you to boldly act to save our nation as [former President Abraham] Lincoln did,” it concluded.

Trump’s former national security adviser Michael Flynn promoted the idea late Tuesday by tweeting the petition’s site along with a note. “Freedom never kneels except for God,” he wrote.

The petition began Tuesday when the group published a full-page advertisement in the Washington Times newspaper.

The site does not show how many Americans have signed the petition.