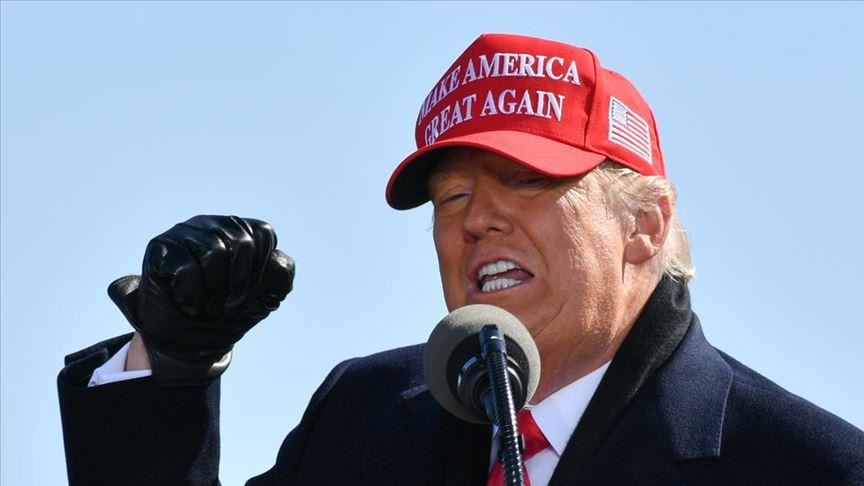 Prominent members of the Republican Party have been divided between acknowledging US President-elect Joe Biden’s win in presidential race, and refusing the results to continue their support for incumbent President Donald Trump.

Unlike Trump claiming Democrats “stole” the election, former Republican President George W. Bush Sunday said in a statement: “The American people can have confidence that this election was fundamentally fair, its integrity will be upheld, and its outcome is clear.”

“President Trump has the right to request recounts and pursue legal challenges, and any unresolved issues will be properly adjudicated,” Bush added.

A total fo 39 Republicans in the US House of Representatives wrote Friday a letter to US Attorney General William Barr, asking him to ensure vote counting process is conducted fully consistent with state and federal law amid “widespread reports of irregularities”.

“While each state runs its own election process, the US Department of Justice is ultimately responsible for the integrity of federal elections. The American people must have the utmost confidence that the outcome of the presidential election is legitimate,” the letter said.

Senate Majority Leader Mitch McConnell and House Minority Leader Kevin McCarthy have not yet congratulated Biden’s victory, but they stressed on Friday the importance of possible recounts and Trump’s legal objections.

“Every legal vote should be counted. Any illegally-submitted ballots must not. All sides must get to observe the process. And the courts are here to apply the laws & resolve disputes,” McConnell wrote on Twitter.

McCarthy also wrote on social media: “Every legal vote must be counted. Every recount must be completed. Every legal challenge must be heard. Then and only then does America decide who won the race.”

The southeastern US state of Georgia announced Friday that it will hold a recount as Biden leads Trump with a narrow margin of 10,000 votes, or 0.2%.

The northeastern Pennsylvania state also provides automatic recount if the race is separated by a margin of 0.5% or less, or if election officials find irregularities in the results, but Biden’s lead rose to 0.7% in that state.

House Minority Whip Steve Scalise, a Republican from the southeastern state of Louisiana, Saturday on Twitter made a statement which resembled Trump’s arguments.

“The election isn’t over until all legal votes are counted and certified. There are still serious legal challenges that have been made, and until that process is resolved, the election is not final. The American people deserve a fair and transparent process,” Scalise said.

Senator Mitt Romney, a former Republican presidential nominee from the western Utah state, said Trump will ultimately accept his defeat in the race.

“He is who he is and he has a relatively relaxed relationship with the truth, and so he’s going to keep on fighting until the very end,” Romney told CNN on Sunday.

“But I’m convinced that once all remedies have been exhausted, if those are exhausted in a way that’s not favorable to him, he will accept the inevitable,” he said, adding: “But don’t expect him to go quietly in the night — that’s not how he operates.”