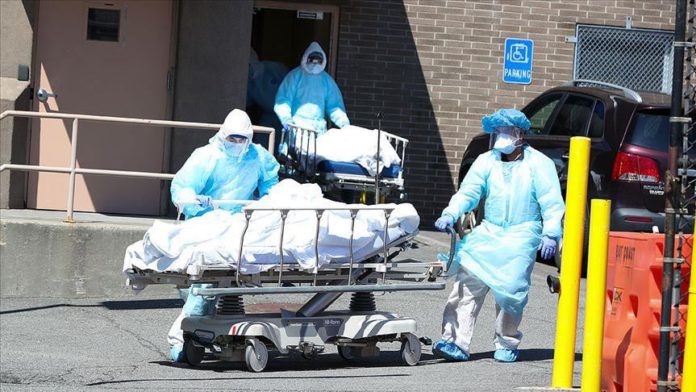 The novel coronavirus’s true death toll in New York City may be far higher than official counts from the state and city currently indicate, according to a report released Monday that suggests thousands of deaths may have gone uncounted.

The city is already the known epicenter of the US outbreak with the highest number of deaths and infections nationwide, but the Centers for Disease Control and Prevention’s report found over five thousand “excess deaths” that could have been caused by the outbreak.

From March 11 through May 2 a total of 32,107 deaths were reported in the city, 24,172 more than what researchers would expect for the season. That figure is nearly 5,300 higher than the official coronavirus tally that counts both lab confirmed and probable COVID-19 deaths.

In explaining the disparity, the public health body listed a number of factors that could make up the difference, including faulty tests and a lack of testing.

“The counting of confirmed and probable COVID-19–associated deaths might not include deaths among persons with SARS-CoV-2 infection who did not access diagnostic testing, tested falsely negative, or became infected after testing negative, died out- side of a health care setting, or for whom COVID-19 was not suspected by a health care provider as a cause of death,” the CDC said.

SARS-CoV-2 is the scientific name for the coronavirus.

Most people who contract the virus will display only mild symptoms, but it can be particularly fatal for the elderly and for individuals with pre-existing conditions such as hypertension, diabetes and asthma.

Erdogan at White House for meetings with Trump