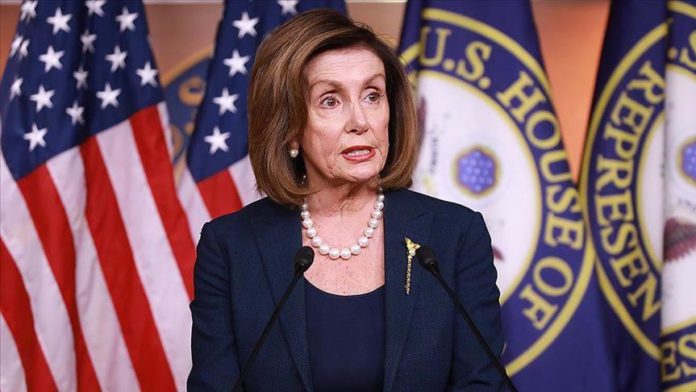 The much-anticipated $2.2 trillion US relief bill negotiations between Democrats and Republicans have hit a wall on Monday amid party differences for nationwide testing plans against COVID-19.

US House of Representatives Speaker Nancy Pelosi continued her weeks-long talks with White House top negotiator Steven Mnuchin on the stimulus package, but released a letter with a harsh tone criticizing the Republicans.

“The Republicans’ continued surrender to the virus — particularly amid the recent wave of cases — is official malfeasance,” the top Democrat wrote in the letter.

“Unless we have a national plan for testing, tracing, treatment, mask-wearing, social distancing and other science-based steps to crush the virus and combat the disparities facing communities of color, we cannot safely reopen our schools and economy,” she added.

Although Mnuchin raised the Republicans’ bid in the relief bill to $1.8 billion, Pelosi insists on a $2.2-billion amount in the package that should include $75 billion for nationwide COVID-19 testing.

US President Donald Trump, however, claimed more cases are a result of extensive testing and blamed media for unjustly reporting the new spike of cases in the US, which recently saw a daily record in the number of new infections.

“Cases up because we TEST, TEST, TEST. A Fake News Media Conspiracy. Many young people who heal very fast. 99.9%. Corrupt Media conspiracy at all time high. On November 4th., topic will totally change. VOTE!” he added.

With a week before the presidential election on Nov. 3, Trump managed to have the US Senate confirming Amy Coney Barrett to the Supreme Court on Monday, giving conservatives a 6-3 majority in number of justices, which would provide him an advantage if the election results are challenged in the top court.

Pelosi slammed Trump in her letter about Barrett’s confirmation as well, stating that the president’s “purpose in installing his Supreme Court appointee is to overturn the Affordable Care Act.”

Trump, during and after his 2016 presidential campaign, repeatedly promised to repeal or replace his predecessor Barack Obama’s healthcare plan, known as Obamacare, but failed to do so.