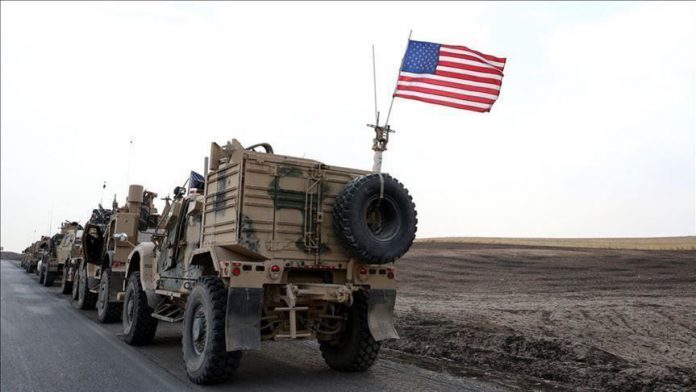 U.S. troops have begun rebuilding a military base in the south of Ayn al-Arab, or Kobani, which was previously evacuated during Turkey’s anti-terror operation in northern Syria.

According to Anadolu Agency reporters on the ground, nearly 50 armored vehicles and scores of Iraq-registered trucks dispatched by the U.S. military arrived in northern Syria’s Sarrin village via the strategic M4 highway that connects the Syrian districts of Manbij and Qamishli.

The U.S. military bases in Sarrin and Sabit villages around 30 kilometers (18 miles) south of the Turkey-Syria border was previously evacuated and destroyed during Turkey’s Operation Peace Spring.