TurkishPress
Home News US: Protests erupt in capital over death of Black man 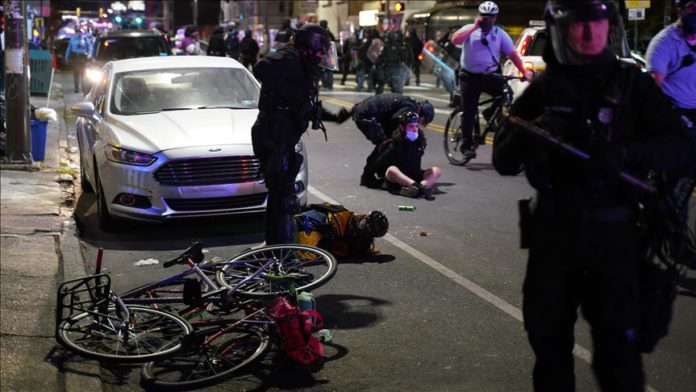 Protests turned violent in the US capital Washington, DC late Tuesday after the death of a Black man.

During the protests outside the 4th district police station, four officers were injured, and at least one person was arrested, the NBC4 television station reported.

The Metropolitan Police Department said the police officers tried to stop Karon Hylton-Brown, 20, on Friday at a traffic stop, when he was riding an electric moped without a helmet. According to the police, he collided with a car during the chase.

Protestors, including the victim’s family, were shouting “show us the video” referring to the police claim.

The department said that officers gave him first aid, but he succumbed to injuries in the hospital.

Hylton-Brown’s family holds the police responsible for the crash.